Menu
0,00€ Cart
LOGIN
CELIAC DISEASE – General presentation
What I miss the most of the »normal food« is perhaps a regular cheese bun or the opportunity to order food out in a restaurant like my classmates sometimes do...

What I miss the most of the »normal food« is perhaps a regular cheese bun or an opportunity to order food out in a restaurant like my classmates sometimes do, as they don’t have to pay attention to what kind of food they eat – explains Živa K., student of Poljane High School in Ljubljana, living in Kranj, when we ask her how much her life differs from the lives of her peers due to the celiac disease – an autoimmune disease that she was diagnosed with when she was 10 years old.

“At a systematic medical examination in the 6th grade of primary school, they found that I was delaying in growth, which is one of the symptoms of celiac disease that was later confirmed. I’ve been on a gluten-free diet ever since. After a certain period of getting used to the new diet, I can now say that my life is not much different from the lives of my classmates,” explains Živa, who seems to have got used to living with this disease.

The disease may have made her more mature than her classmates; she also learned to prepare food by herself. As she says, gluten-free food, especially gluten-free flour and other substitute foodstuff, are much more expensive than ordinary ones, however they are not less varied. Although she is only 16 years old, Živa already knows how to prepare many dishes from corn, rice, buckwheat, millet, potatoes, vegetables, milk, eggs, meat or fish – food that she and her brother, who also has confirmed celiac disease, are allowed to eat.

What is celiac disease?

Celiac disease (gluten enteropathy) is a chronic systemic autoimmune disease that most commonly affects the small intestine and is caused by gluten hypersensitivity. Due to gluten intolerance, the body produces antibodies that ‘attack’ its molecules. Gluten can cause damage to the lining of the small intestine, resulting in reduced bowel function and impaired food absorption.

The word gluten is used to describe important wheat grain proteins, similar proteins are also found in barley, rye, spelt and even oats. Patients with gluten intolerance, in addition to digestive disorders, are often exposed to a lack of basic food ingredients, as well as a lack of minerals and vitamins.

There is no cure (yet), so the only solution is a gluten-free diet

Based on current research, the prevalence of celiac disease is 1-2% or in other words every 50th to 100th person is affected. In Slovenia, more than 20,000 people are facing this disease. Medicine does not yet know the method by which celiac disease can be cured, so the basis of the treatment is a complete elimination of gluten from the patient’s diet or a lifelong gluten-free diet. This is also one of the key information highlighted in the Slovenian Society for Celiac Disease (Slovensko društvo za celiakijo), which provides and offers information and advice to patients with celiac disease.

As 16-year-old Živa explains, it is crucial that a patient with celiac disease discovers which food contains gluten. “The dishes that are allowed for me and my brother must not contain wheat, barley, rye and, for the time being (in Slovenia) oat protein,” says Živa. Patients with celiac disease can enjoy foods that are completly gluten-free, such as potatoes, corn, rice, soy, buckwheat, yellow beans, ready-made dishes made from aniseed flour and protein-free wheat starch, as well as foods that have been tested and are labelled as gluten-free. Sometimes, as Živa explains to us, she used to transgress, which she later paid for with malaise and abdominal pain. Over the years, she has become more diligent and responsible and consistently adheres to a gluten-free diet, she explains about herself.

According to modern medicine, patients who strictly adhere to a gluten-free diet do not have any complications. One month after the introduction of a gluten-free diet, there is usually a significant improvement in the patient’s condition, and the complete restoration of the small intestinal mucosa depends on the degree of atrophy and the age of the patient and lasts from six months to two years. However, an unrecognized or inadequately treated disease can lead to later severe complications, regardless of the type of problems that occur.

Symptoms – a disease with many faces

While the reason for the suspicion of celiac disease in Živa’s case was delayed growth, celiac disease has very different symptoms, so experts warn that no two people with celiac disease have the same symptoms of the disease. Symptoms depend on the age of the person, the duration and severity of the disease, and organ damage. They usually appear within three to six months from the beginning of eating gluten-containing foods. The incubation period can last for months and sometimes years. The classic signs of celiac disease, such as diarrhoea, bloating and abdominal pain, or weight loss, are present only in a small proportion of patients.

Much more common are atypical symptoms or only one of them, such as delayed growth and weight gain, lack of appetite, constipation, mental retardation, anaemia that does not improve even with iron intake, vitamin D deficiency, decline in bone mass, irritability, headache, fatigue, dental enamel defects, frequent canker sores of the oral mucosa, delayed puberty, hair loss, etc. The most characteristic dermatological change in patients with celiac disease is the so-called Duhring’s disease, when itchy blisters appear on the cheeks, on the outside of the elbow and knee and on the buttocks.

Sixty years ago, celiac disease was not yet recognized and many patients died at an early age. Today, of course, is different. At the Slovenian Society for Celiac Disease, they explain that there are three basic examinations available for diagnosing celiac disease:

Celiac disease is diagnosed by determining the presence of characteristic antibodies in the blood. Blood sampling can be performed in a clinic, in a specialist gastroenterology clinic or at a personal doctor, but it can also be performed at home with the help of quick tests, which are available without prescription at the pharmacy. Of course, it is essential to follow the instructions carefully.

For histological confirmation of the disease, samples of the small intestinal mucosa are taken during endoscopic examination of the upper gastrointestinal tract to determine inflammation and characteristic atrophy of the intestinal villi, which prevents normal absorption of the substance.

Genetic examination is only a complementary test. Although celiac disease is usually genetically determined, the process of transmission itself is relatively unknown. In addition to the genetic predisposition that is present in 30 % of the population, environmental influences also play an important role, so it is necessary to take into account two important facts. If celiac disease has not been diagnosed in the family so far, it does not mean that the disease is not present, and even if the disease has been diagnosed in one of the family members, it does not mean that all other family members are at risk.

Genetic testing, they warn in Slovenian Society for Celiac Disease, can in no way replace a small intestinal biopsy, as the predisposition to the disease does not mean that the disease will actually occur.

In addition to diagnosed patients with celiac disease, from the point of view of later complications, as they say in the mentioned society, much more endangered than the patients already showing signs of the disease are people with so-called silent celiac disease, who are clinically without symptoms and problems, but due to the present antibodies the mucous tissue is affected.

In patients who do not adhere to a gluten-free diet, the most severe complication may be a malignant disease of the digestive system. The most characteristic symptom of undetected celiac disease in childhood is delayed growth, which can also be a family characteristic, but it is also possible that one of the parents who is short is also a patient with untreated celiac disease. Due to the lack of absorption of minerals and vitamins, there is a delay in the development of bone mass, fractures are more frequent, and osteoporosis also develops early. Iron and vitamin B12-deficiency anaemia and various neurological conditions, such as depression, coordination disorders and early mental decline are also attributed to absorption disorders. Although not related to the digestive system, various gynaecological problems are also mentioned as a common complication.

Patients with celiac disease who do not follow a diet can notice on their own when symptoms such as indigestion, enlarged and tense abdomen with diarrhoea, vomiting, nausea, mood swings, etc. occur. However, for some, such problems occur with a delay or not at all, and prolonged exposure to gluten is manifested by serious complications. Therefore, the Slovenian Society for Celiac Disease warns that even if transgression of the diet does not lead to an immediate worsening of the disease, this does not mean that the patient can eat normally. Arbitrary or unconscious discontinuation of the diet can lead to a more severe form of the disease that can no longer be treated by diet alone. Even malignant gastrointestinal diseases, especially malignant intestinal lymphomas, are more common in patients with celiac disease who do not follow a strict gluten-free diet.

»I’ve got pretty used to this healthy diet, with no processed foods. My mum often eats such food, and although she tolerates gluten well, she says that after she feels better,« adds Živa. »I am still following the new findings and I wish they could find a cure for this disease one day. A medication in the form of a pill, which would allow me to transgress and consume gluten without consequences for my health,« ends with confiding us her wish.

Source of the information used in the article:

Everything you need to know about your HeartVibe HRV

What does heart rate variability (HRV) mean, how it is measured, what kind of information do we get out of it, how we can improve our health with it…

On the internet we can find a huge number of recipes for smoothies. However, we can quickly see that many of the most popular smoothies are based on… 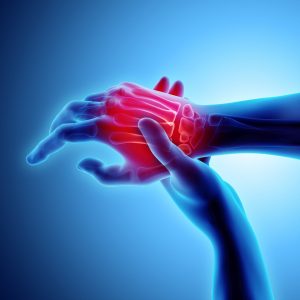 ARTHRITIS – It is not the pain that hurts – the fear is

The medications allowed me to finish my studies and get a job as a piano teacher. Despite the fact that the disease has already affected my joints over the years, I have taught and played…